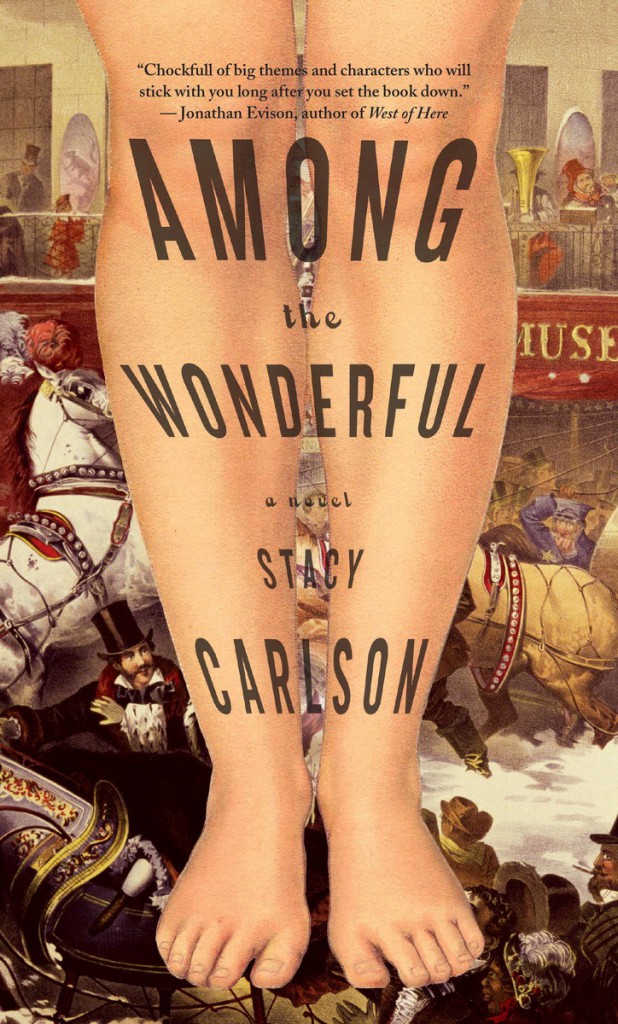 In the autumn of 1840, PT Barnum purchased an outdated museum on the corner of Broadway and Ann Street in Manhattan. He was a newcomer to the city and still unknown to the world, but with uncanny confidence and impeccable timing he transformed the dusty natural history collection into a great ark for public imagination. Among the Wonderful is a fictional account of this museum’s short, extraordinary reign as America’s most popular attraction.

What is the value of a life’s work when its paradigm is overtaken by a new age? In different ways, Emile Guillaudeu and Ana Swift, the book’s two heroes, both struggle with this question. To taxidermist Emile Guillaudeu, nature’s greatest beauty lies in its rational taxonomy as represented by his meticulous arrangements of mounted specimens throughout the museum. A recent widower and estranged from his best friend and benefactor, Guillaudeu clings ever more fervently to this idea of a thoroughly classified world. When Barnum takes over the museum, Guillaudeu’s attempt to maintain order in an increasingly chaotic microcosm grows more frantic, and he is forced to look beyond his known world toward a new kind of life.

Even though the giantess Ana Swift is plagued by chronic pain and jaded by a world of gawkers, she is hopeful as she arrives in Barnum’s museum. Working without a manager for the first time, she can present herself as she wishes. But does this constitute real freedom? With Ana, the narrative moves beneath the museum’s baffling surface to visit the lives of all of Barnum’s Representatives of the Wonderful; soon their relationships and conflicts transform the museum into a vibrant, sometimes violent, community.

Among the Wonderful is a story of art and deception, anomaly and community, science and magic, in an era when a culture of imaginative speculation gave way to the modern age. At Barnum’s American Museum, the exhibits climb out of their cabinets and walk among visitors who had paid to call them wonderful.

Listen to an interview with Stacy Carlson on KRCB radio (interview starts at 21:28).

No shows booked at the moment.