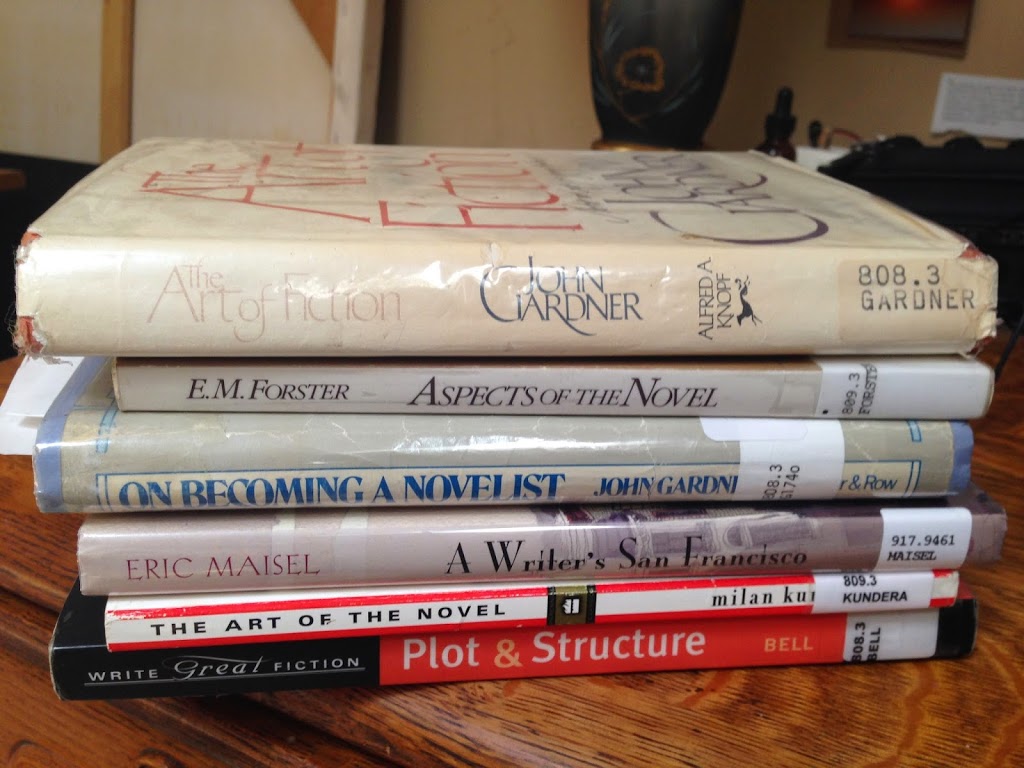 Can you tell I’ve hit the middle of the novel I’m writing?

For the seven or eight of us who were in his class, he ordered heavy black binders and told us we should keep our written work in these. He kept his own work in such binders, he said, and of course that settled it for us. We carried our stories in our binders and felt we were special, exclusive, singled out from others. And so we were.

Also, from the same place (Carver’s introduction to Gardner’s On Becoming a Novelist):

Gardner had a crewcut, dressed like a minister or an FBI man, and went to church on Sundays. But he was unconventional in other ways. He started breaking the rules on the first day of class; he was a chain smoker and he smoked continuously in classroom, using a metal wastebasket for an ashtray. In those days [1958] , nobody smoked in a classroom. When another faculty member who used the same room reported on him, Gardner merely remarked to us on the man’s pettiness and narrow-mindedness, opened windows, and went on smoking.