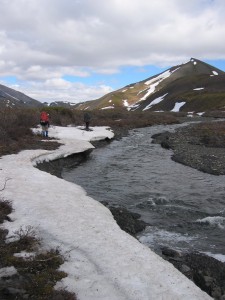 My imagination is spiraling northward toward the arctic. Ever since I encountered the landscape of the far north for the first time in the summer of 2004, I have been thinking about it, first through the prism of my experience there, and then through the lens of my craft, fiction. Regarding the fiction aspect, at first I was horrified. My feeling as I hiked across the tundra, among the cotton grass and moss campion cushions, among razorwinged jaegers, gyrfalcons, and rock ptarmigan, as I glimpsed cross foxes and grizzlies, as I walked breathless in the slanted light of a summer solstice midnight, I realized this: fiction is completely irrelevant to this place. When you have watched a wolf amble across the tundra and swim across a braid of the Canning river to raid a gull’s nest, when you have observed this creature free in its natural domain…and when you have lain in your tent and feared, on some level, for your life, and wondered if it was possible for a post-millenial urban human being to end up grizzly prey (and felt a certain rightness about human as prey 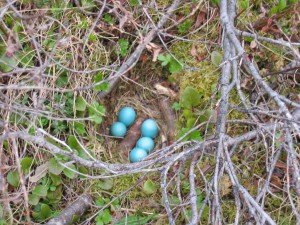 ), artifice falls away, at least it did for me. Experiential knowledge trumped art in every significant way. The far north is wild, magnificent, sublime. To describe it, I thought, does it an injustice, because how could I not taint and temper its power by my own weakness (as a writer, as a vessel of human perception). The truth is, being in the arctic just about re-calibrated the artist right out of me.

After a while, I began to think about it differently. An old adage ran through my head: When the student is ready, the teacher appears. Just before I went to the Alaskan arctic I had graduated with an MFA in fiction. When I returned from that hiking and rafting trip north of the Brooks range, I wondered if my schooling had been in vain. I felt like 12 days in the arctic showed me more about the creative process than those two years in school.

Luckily I’ve changed my view somewhat. One day I was complaining about all this to my boyfriend, and he said: “So don’t describe it. Create it.” And somewhere in those two short sentences I dug in my heels and grabbed hold of the thread of an idea, the end of a guide rope, let’s say, and began to follow the spiraling path into my next book. 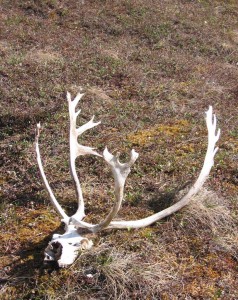 an to research arctic narratives, I encountered expedition after expedition, and while accounts of egomaniacal captains and very bad 19th century planning intrigue me no end, and I love the macabre dynamics among the men on those ships, I leaned away from the expeditionary tales. What I’m leaning toward is still mysterious, but it is unfolding itself over time: the Russian Orthodox ascetics of the north, the tales of the Pomor hunters, Salomon Andree’s journals, and most of all Spitsbergen, the great archipelago that no country claimed until almost the 20th century. This place, this icy terra nullis, has become the most fertile and bountiful imaginative landscape to me. 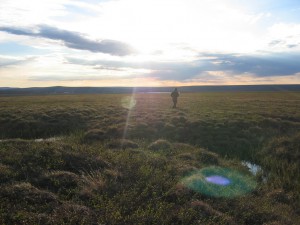 A few weeks ago I was reading an essay and found a quote that speaks directly of the arctic and the creative process. Typical of arctic narrative, there are many layers to the quote’s authorship. It appears in a book called Echoing Silence: Essays on Arctic Narrative, in an essay by Aron Senkpiel. In the essay Senkpiel quotes Knud Rasmussen, the Greenlandic polar explorer and anthropologist, who in turn quotes an unknown Inuit elder from Pelly Bay, in Canada’s Nunavut territory. This person, this unknown elder, is speaking of the creative process, and for me this quote is incredibly useful and inspiring as I take one slow step after another northward, to write about the arctic. 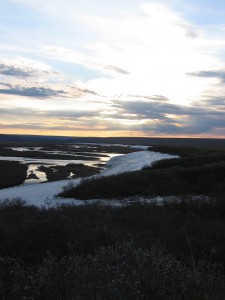 n is moved just like the ice floe sailing here and there out in the current. Your thoughts are driven by a flowing force when you feel joy, when you feel fear, when you feel sorrow. Thoughts can wash over you like a flood, making your breath come in gasps and your heart pound. Something like an abatement in the weather will keep you thawed up. And then it will happen that we, who always think we are small, will feel even smaller. And we will fear to use words. But it will happen that the words we need will come of themselves. When the words we want shoot up of themselves-then we get a new song.”